For Trials of the Blood Dragon

The cover of the original soundtrack of Ubisoft’s retro-futuristic adventure game named « Trials of the Blood Dragon », still in the 80s theme, was created by the fantastic James White, the undisputed canadian designer from the Synthwave Universe. He also handled the entire graphic identity of the game (follow in the slider below), as well as Far Cry 3: Blood Dragon, a winning team with Power Glove for Ubisoft Music (Ubiloud) . With vividly dominant colors, a touch of Miami Vice with coconut palms / sunshine in background and in the center, a bad guy crossed between a Death Trooper (Star Wars Rogue One) and a Spartan from HALO. 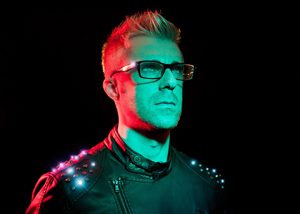 Always as neat and aesthetically sublime, like all the work done by the artist, this cover remains one of the best realized for a Synthwave’s band in a video game. The vinyl edition of this soundtrack will be delivered with a download card featuring retro-futuristic illustrations of James White in high quality, but also with a printed version into an exclusive booklet. The CD version will have a booklet of 4 pages with a lot of artworks made for the game. 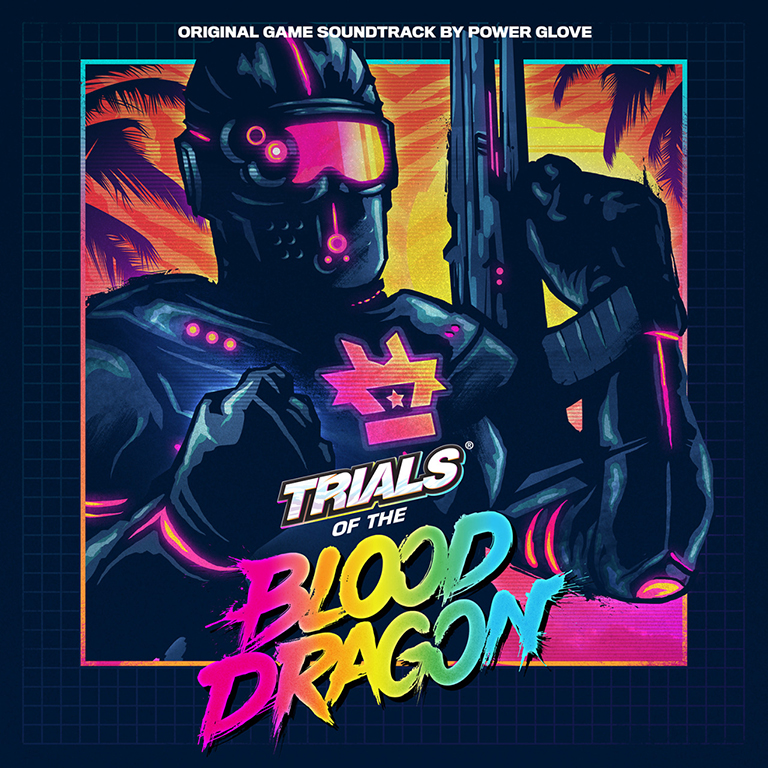 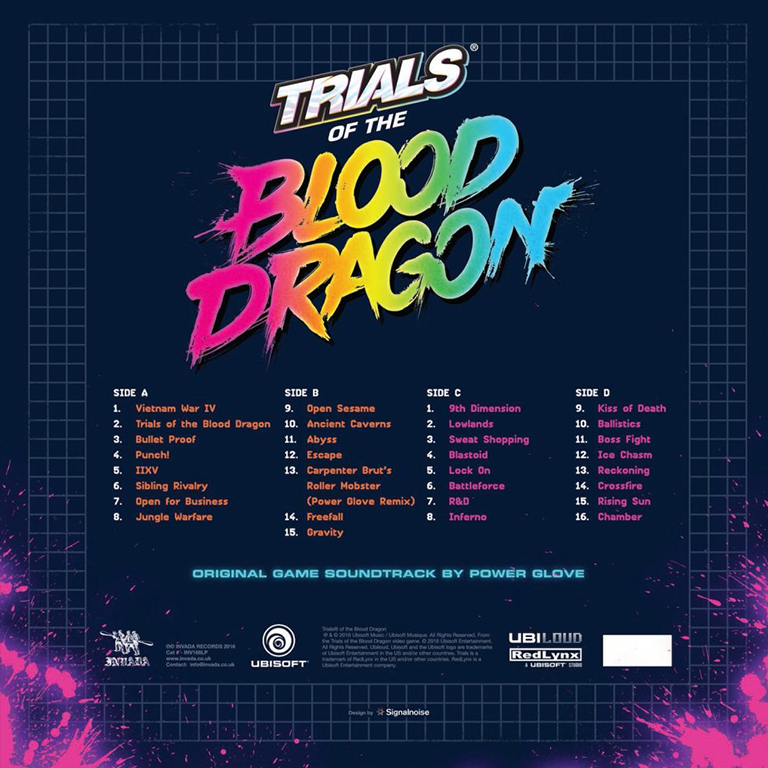 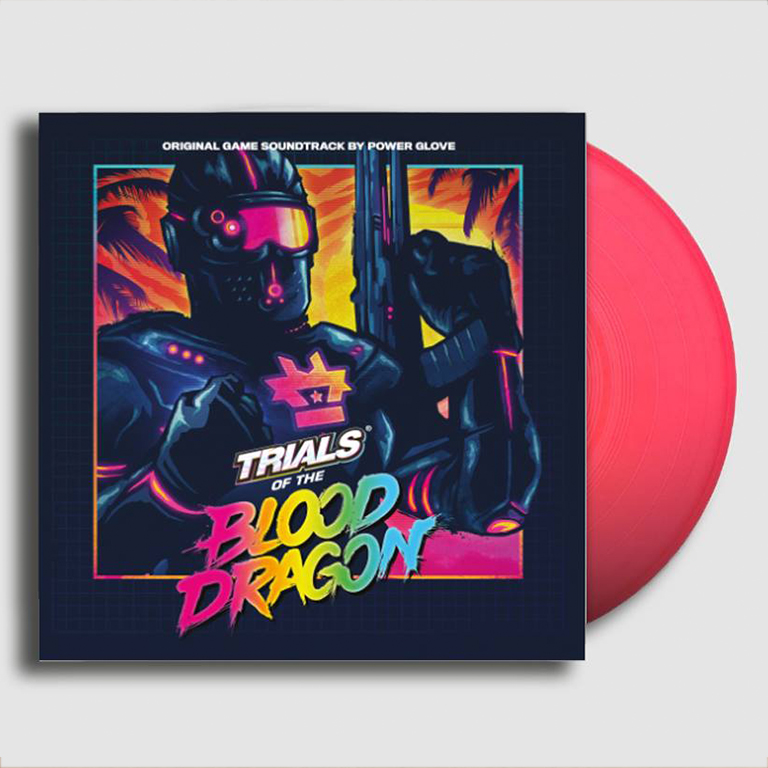 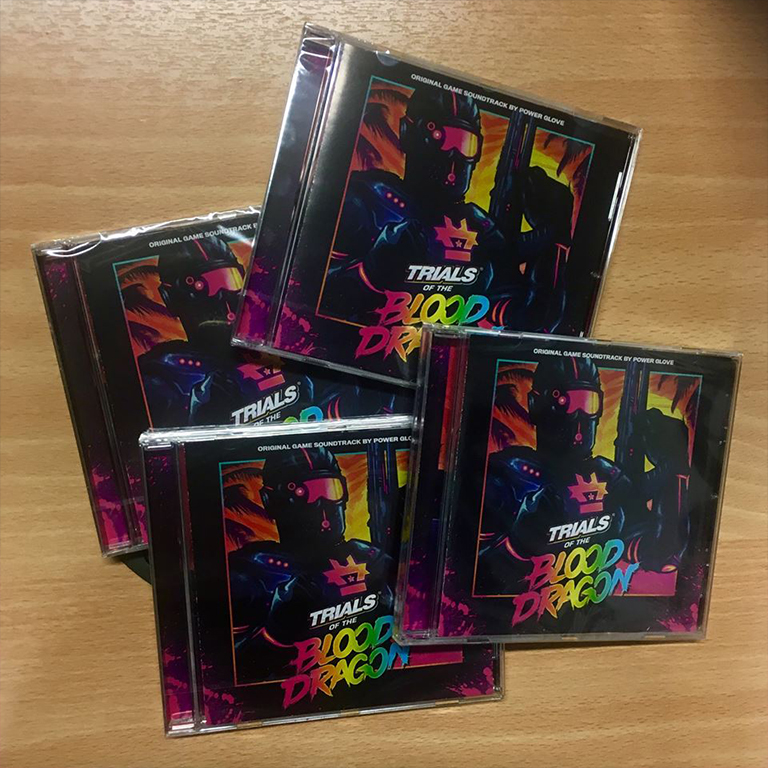 Artworks of James White for Trials of the Blood Dragon

As the movie DRIVE, the series Stranger Things, Narcos or Captain Fantastic, the English label « Invada Records » launches a special vinyl, with neon pink color, pressing with extreme brilliance. The music, inspired by the 80s, was composed by the huge Australian duo named Power Glove, Emperors of the Synthwave music. They also collaborated in 2013 with Ubisoft for the retro-futuristic version of Far Cary 3, Blood Dragon. Nostalgic, futuristic and dark tracks with the best spirit of John Carpenter, accompanied by stunning arpeggios and powerful synths and sounds. This excellent album of 29 tracks was released in December 2, 2016 and it will be available in vinyl, CD and cassette format soon. Note that the cassette format is limited to 150 copies.