Our comparisons with original posters

To wait until the second season of ‘Stranger Things’ exclusively on NETFLIX, just before Halloween, the favorite series of the streaming provider disclosed posters directly referring to great science fiction and horror films of the 80s. 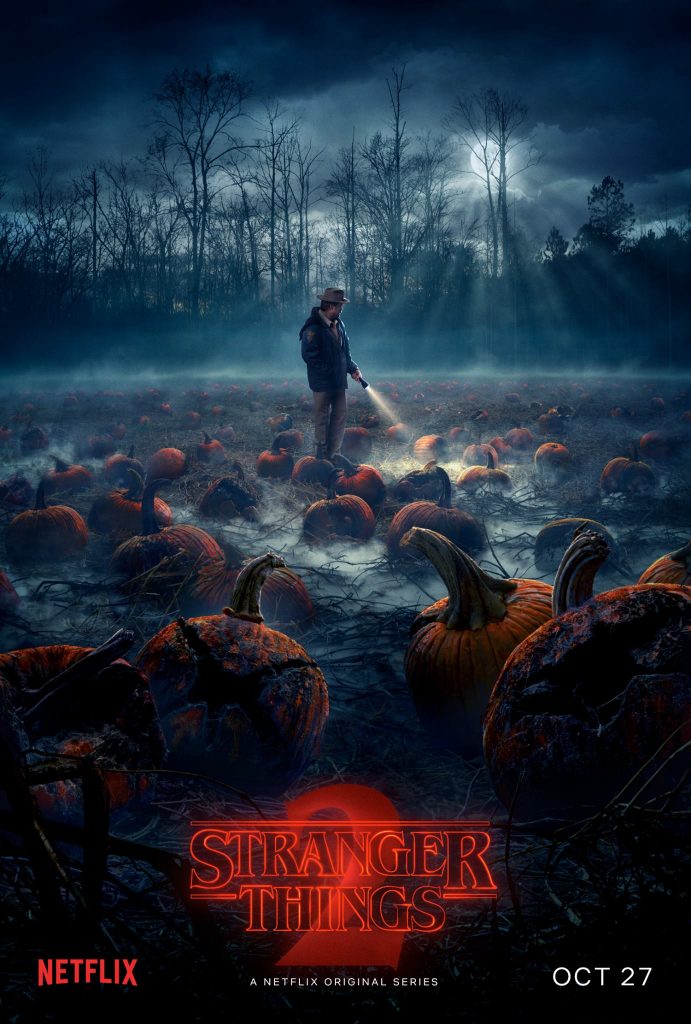 The official Twitter account of the series has launched a promotional concept called #StrangerThursdays, creating many posters, unveiled since a few weeks, that have obvious clues related to the aesthetics of the show. So you’re able to see that some typographies of the headlines have been judiciously recreated, some positions of models are identical, similar productions, colors and background decorations with the same atmosphere. But all of this with an extreme meticulousness making these posters sometimes better than the original ones. There is a lot of inspiration from films like ‘Alien’, ‘Evil Dead’, ‘Firestarter’, ‘A Nightmare on Elm Street’ (Freddy), ‘Close Encounters of the Third Kind’, ‘The Goonies, (with the hero who plays in season 2), ‘The Running Man’, ‘Jaws’ or ‘Stand by me’. The choice of films used is judiciously chosen, referring to the story of ‘Stranger Things’. Ross and Matt Duffer (directors) have reported that this season will look a bit more horrible with the spirit of Freddy (the nightmares taken as a parallel world) and Alien (monsters from outerspace that infest the town of Hawkins) . We’ll update this article according to the new posters. Don’t forget to check the last trailer and the free 8-bit game.

Looking forward to October 27th, here is our comparison system with details. So, see by yourselves the many similarities. It’s worth it! Don’t forget to move the pointer at the center, by the right to the left. 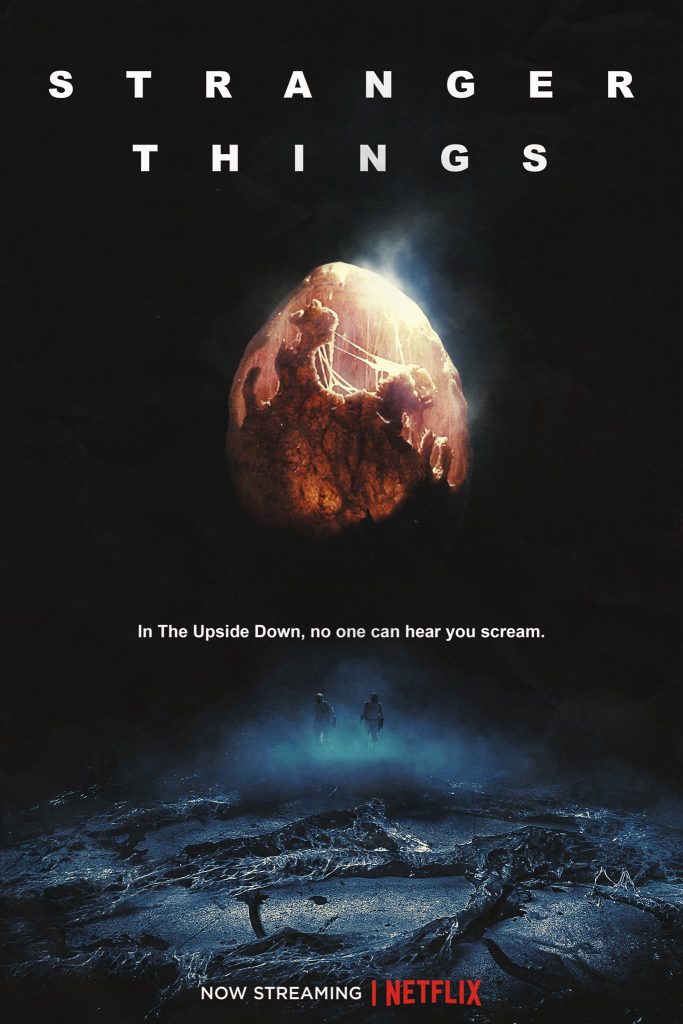 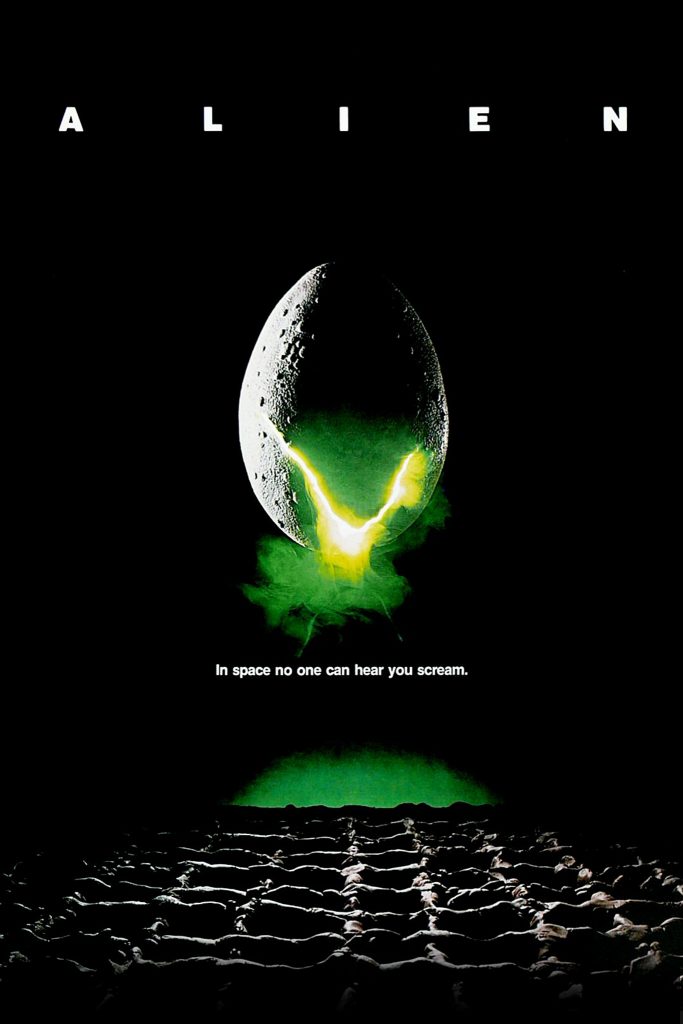 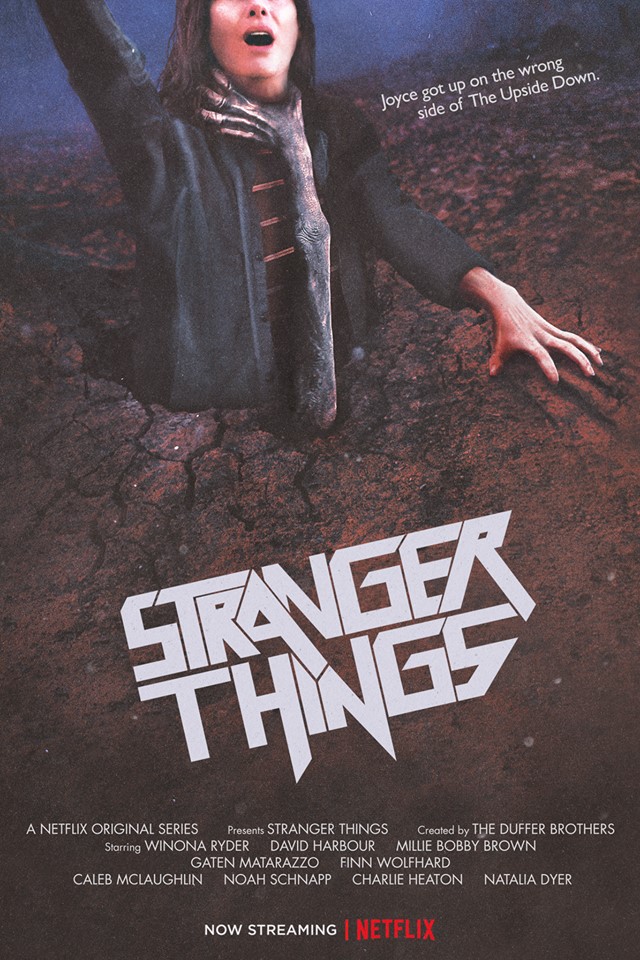 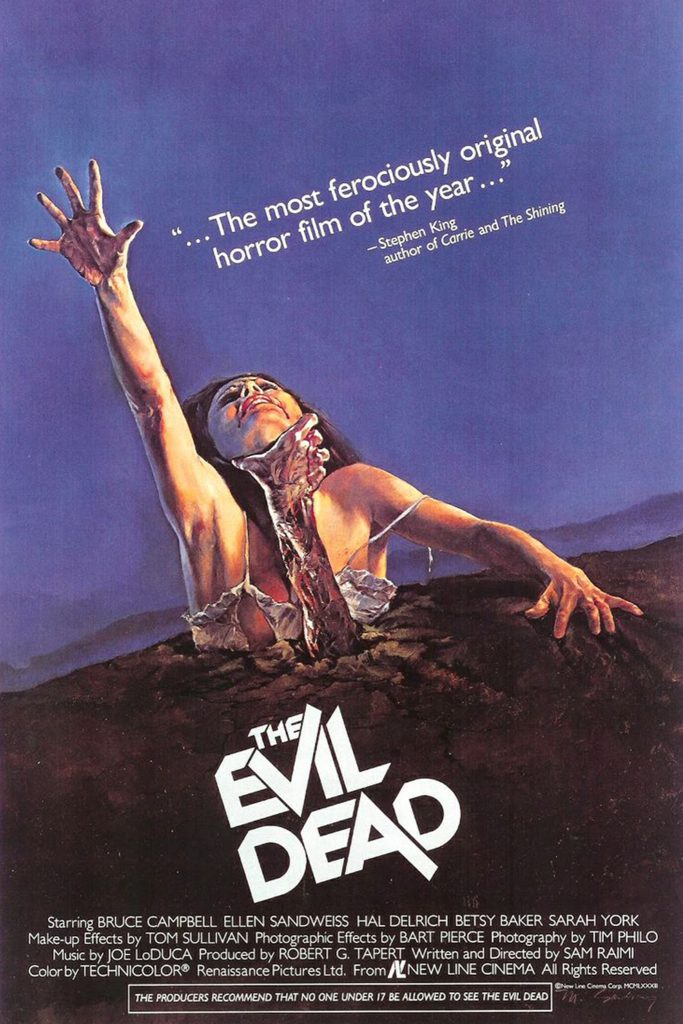 Title: strong, grey/white & techno/square
Central element: a woman half in the ground with a monster hand that holds her
special thing: the woman claws the ground
Background: ground & night 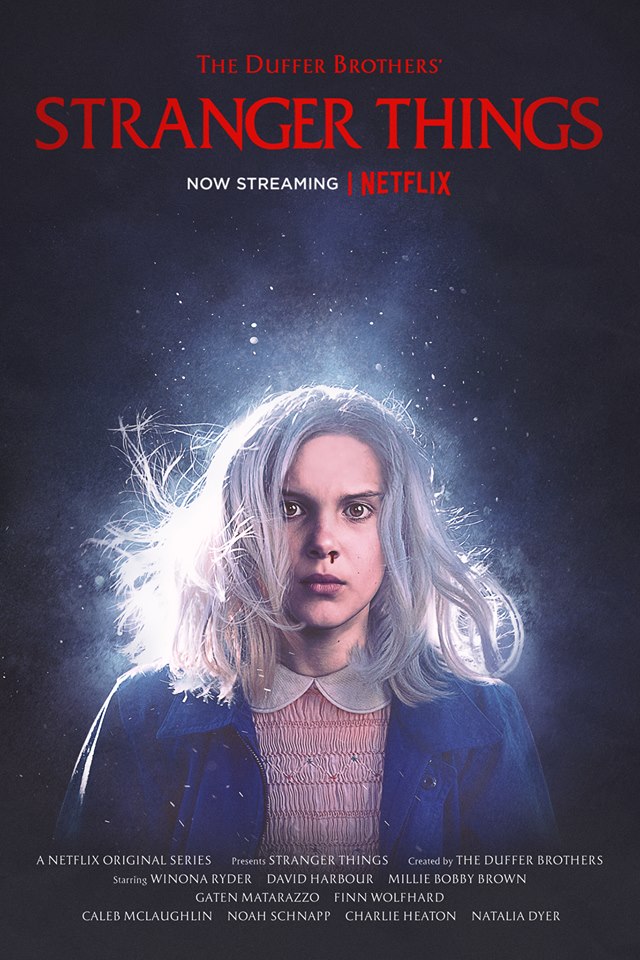 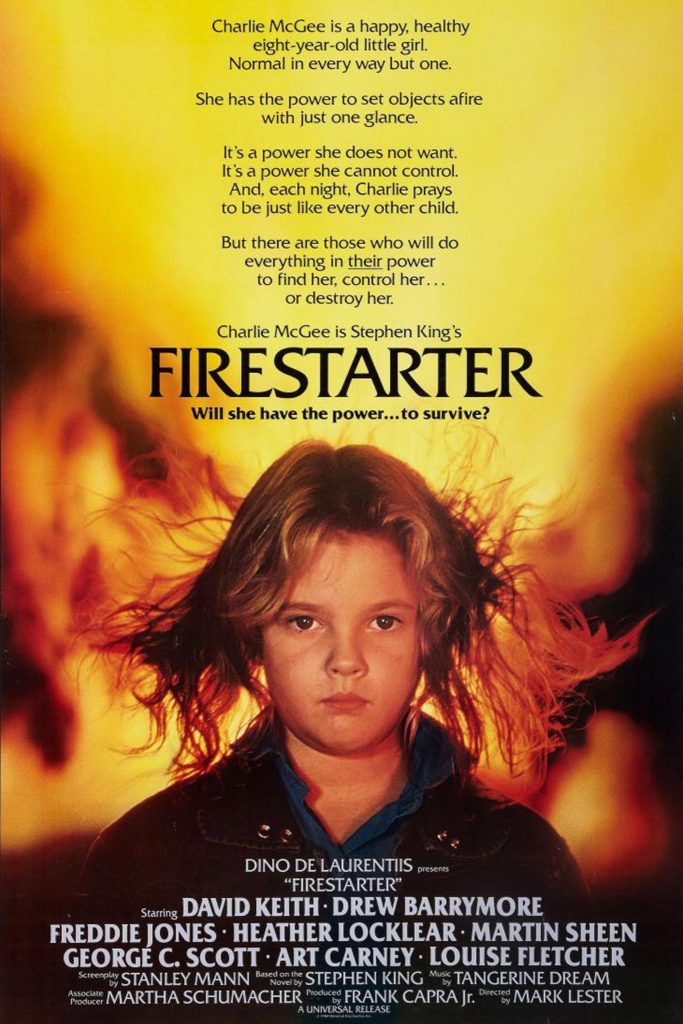 Title: strong, serif
Central element: a little girl with light hair and a piercing look
special thing: hair in the wind, in high
Background: nothing 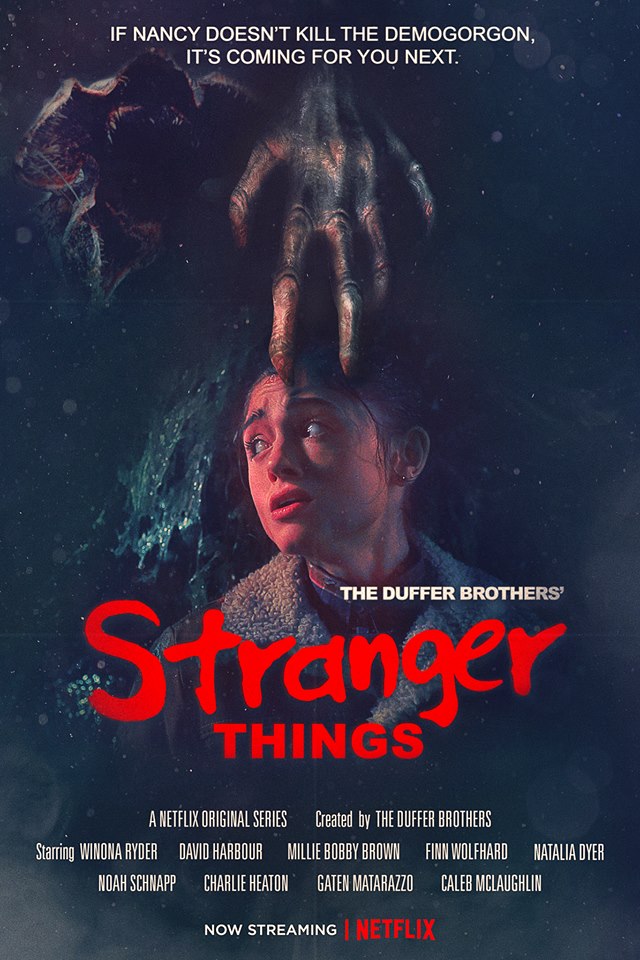 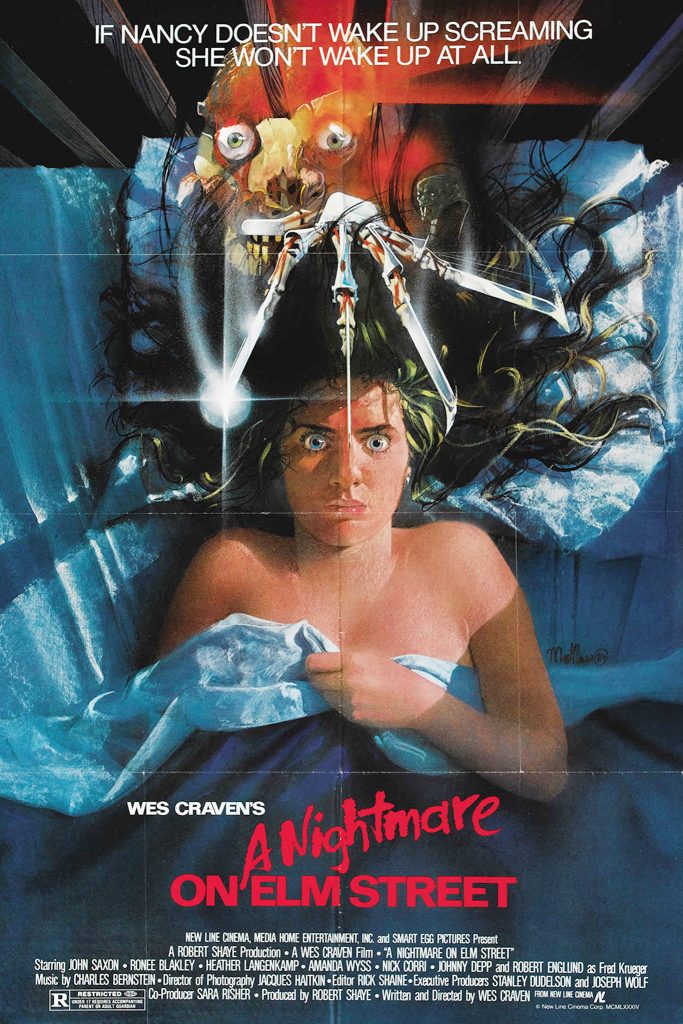 A Nightmare on Elm Street

Title: strong Script Calligraphy and sans-serif
Central element: a large hand over the head of a teenager
special thing: hand from a monster
Background: nothing 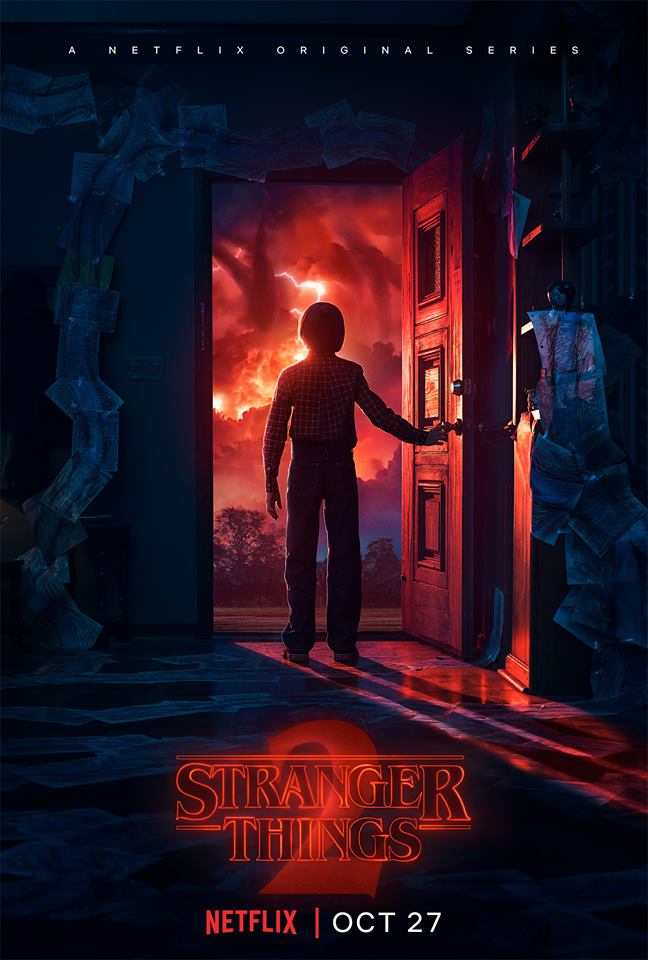 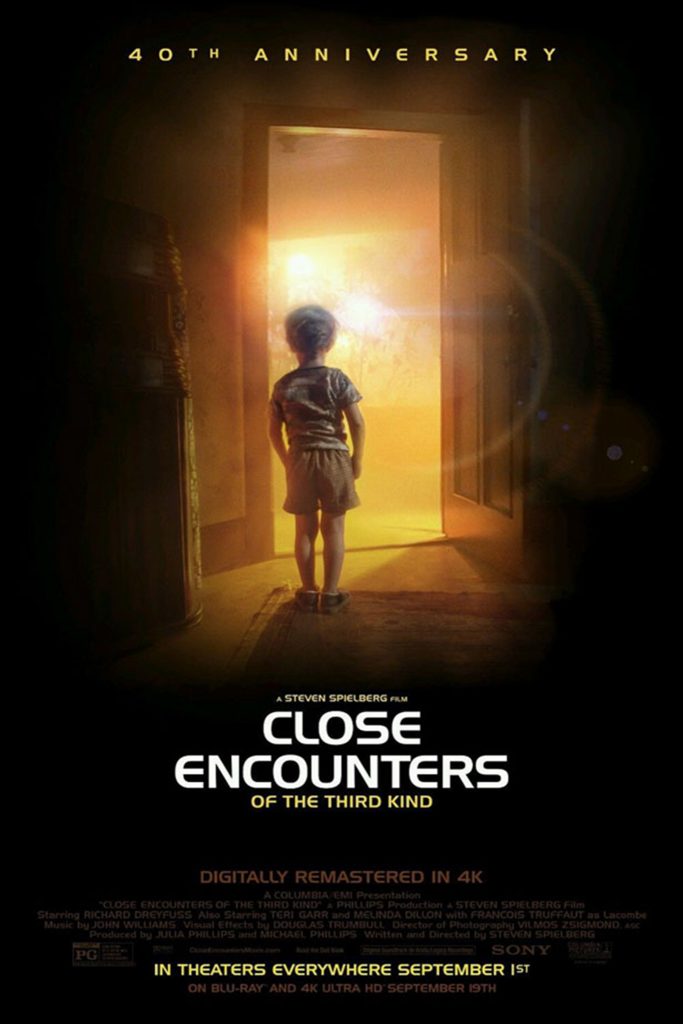 Close Encounters of the Third Kind

Title: no
Central element: a young boy who looks out something mysterious
special thing: the lights and the open door
Background: inside a house 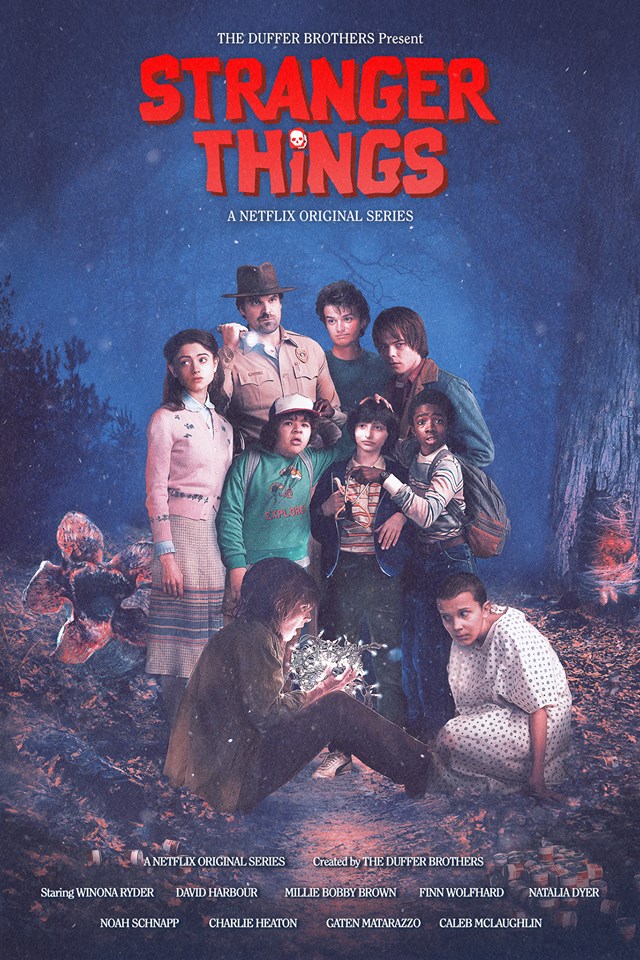 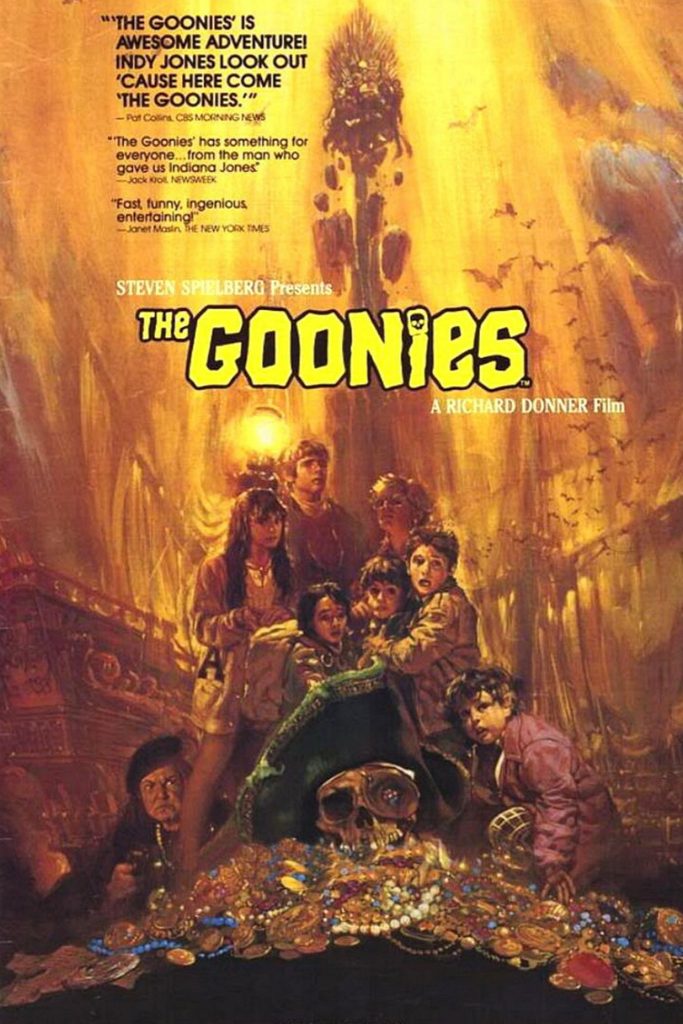 Title: a pirate writing with a skeleton head on the « i »
Central element: a group of children
special thing: they are in a particular position
Background: no 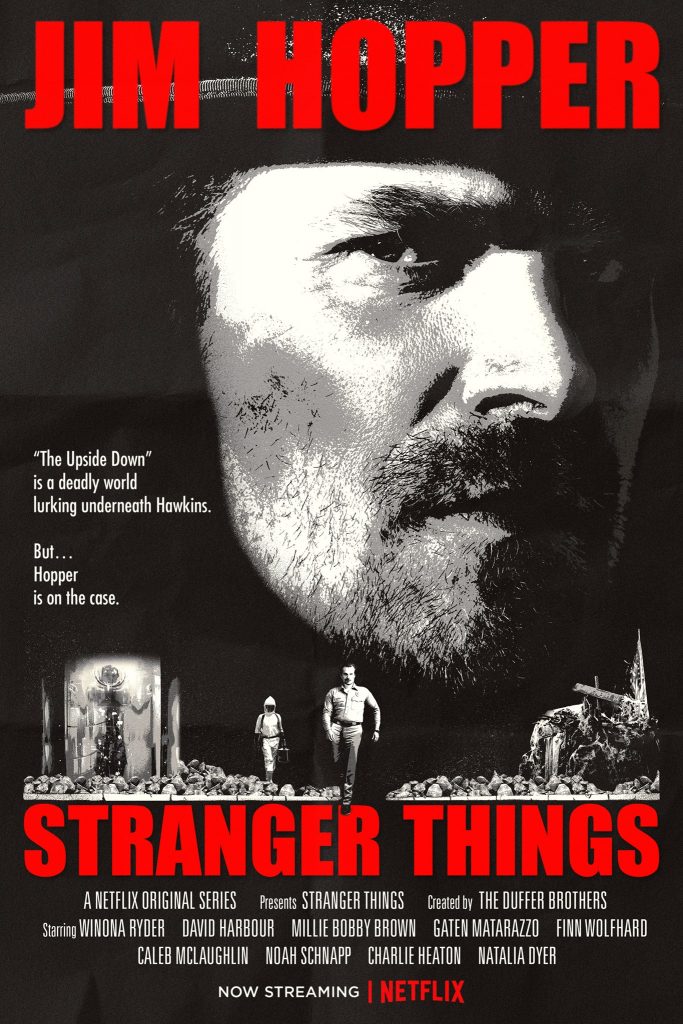 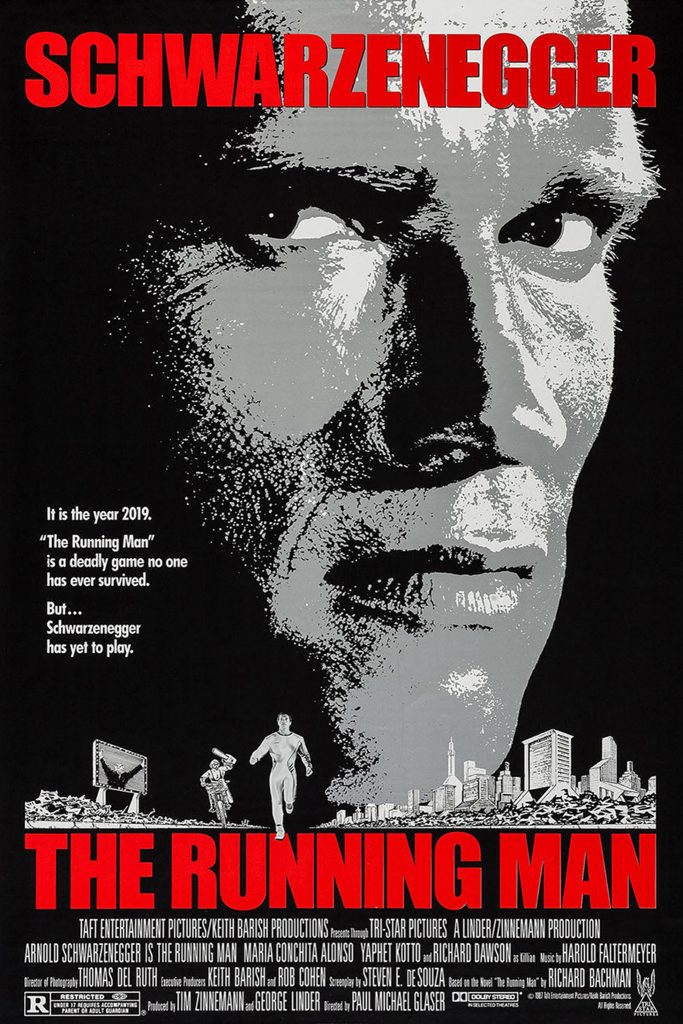 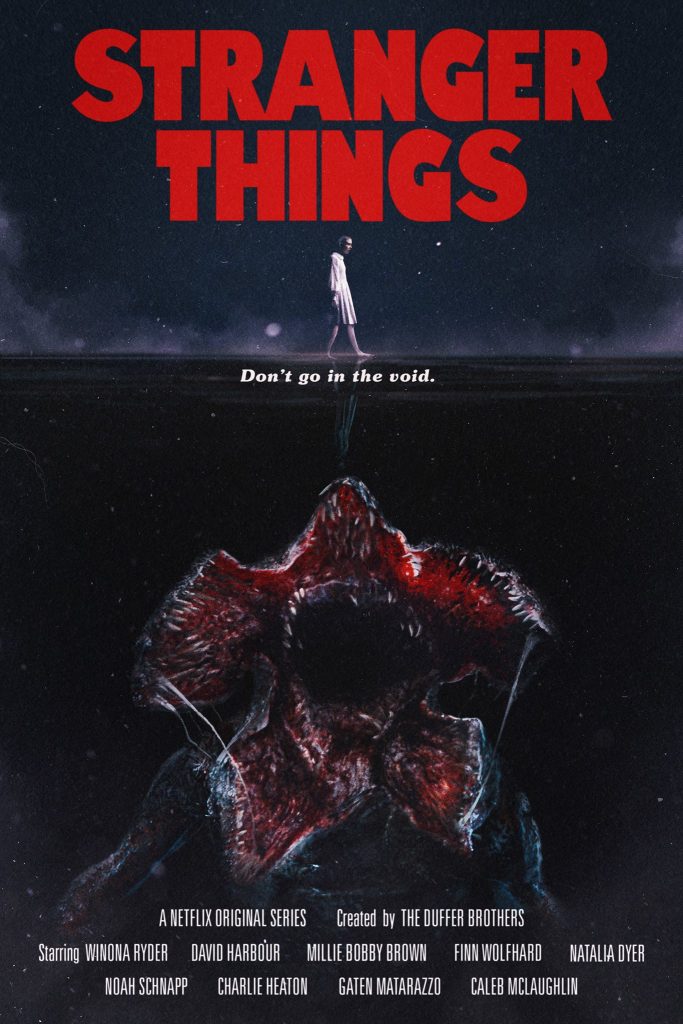 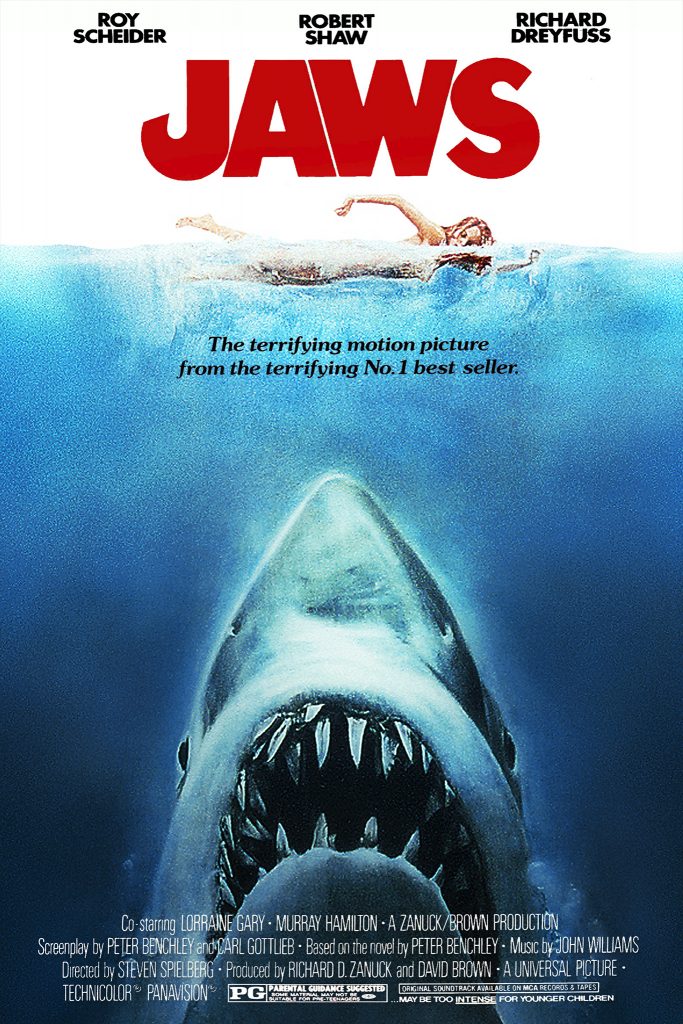 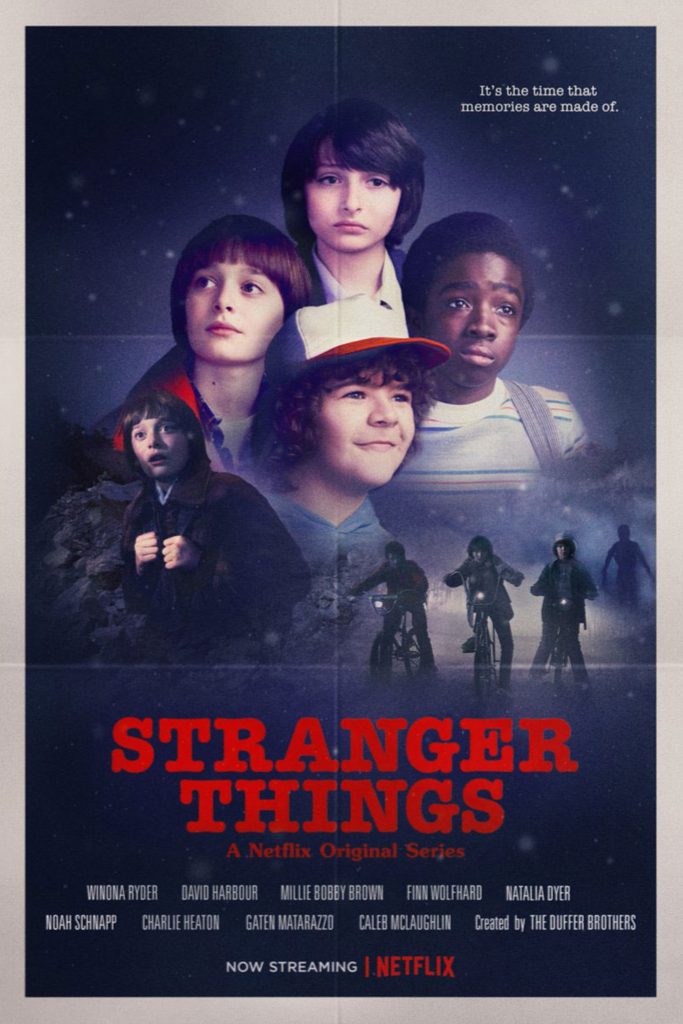 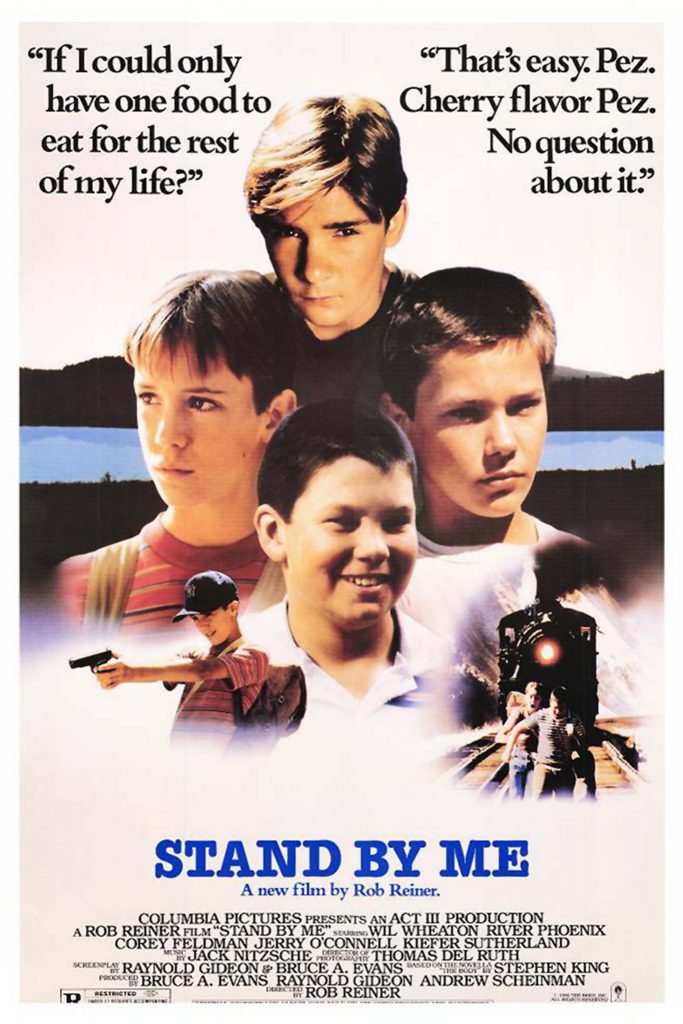 Title: manuscrit in red & blu color
Central element: a group of children in the center
special thing: a child on the left, on the right, the speed
Background: no