And a New Single called 'Memory'

After the delicious EP ‘Silicon Tare’ released in 2016, Com Truise aka Seth Haley returns with the announcement of a new album ‘Iteration’ and a new track called ‘Memory’. 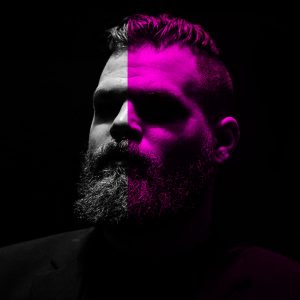 This new album is scheduled for June 16 on taste-making label ‘Ghostly International’ , that has followed him for years. The description of this last opus, on the official site, promises a 12 titles album of large scale without any collaborators. An artist who doesn’t need anyone to release a LP, not even a graphic designer because it’s himself who took care of the new visuals. While waiting for the two months that separate us from this jewel, Mr ‘Haley’ has just recently delivered the new single named ‘Memory’ with an animated cover according to the tempo. A track with robotic sounds (as usual), in downtempo mode with rhythmic as strong as powerful (mark of the musician), for sensual and catchy melodies intended to do some vibrations to the enthusiasts of Synthwave. A cosmic story with very personal decibels, as the musician says « I try hard to write from my personal life, but it’s inevitably going to see into the music. » Listen by yourself with the video below and pre-order ITERATION right now.

Now close your eyes and Listen to MEMORY