Some words from Overglow for Retro Synthwave

Here is our second interview dedicated to the world of Retro Design with a renowned artist from Italy, the talented graphic designer OVERGLOW. He’s very close to the Synthwave community by working for bands such as ‘Lazerhawk’, ‘Highway Superstar’, ‘Undervatten’ but also the famous ‘NewRetroWave’ Youtube channel and the legendary short film ‘Kung Fury’. This Photoshop and Illustrator expert reveals his inspirations, his way of working, his secrets, his involvement in music and much more. An interview that will amaze graphic artists and will interest musicians and companies in search of this unique style.

Retro Synthwave: Can you introduce yourself to our community of 80’s-sci-fi-graphics lovers who don’t know you yet?

Overglow: Sure thing. I am an italian designer who started this “80s-only” side project called Overglow. My goal was to recreate the 80s cheesy-bad drawn illustration style you find on 5$ old heavy metal and disco vinyls.

About your artist name, where does it come from? Why don’t you reveal your true identity?

I didn’t want to use my real name because since I am a graphic designer in “real life” too, I already have a portfolio under my name, which is slightly more corporate oriented. At the same time I didn’t want to flood my portfolio with too many 80s stuff and be remembered just as “the guy who makes 80s stuff”. Also it was so 80s to have a nickname! I struggled a lot to find the right one, I got obsessed with the word “glow” since it wasn’t that used back in 2011 and at the same time it was referring to something “graphic”. I had my old guitar amp in my room and my eyes has fallen upon the “overdrive” knob and something was born: I loved the idea of an overdrive of glow, and Overglow was born.

What’s your graphic design background to create such beautiful artworks?

Most of my inspiration lays on my childhood memories. I was a hardcore Sega Mega Drive and Game Boy gamer, and I loved those dreamlike/scifi illustrations. When I think of chrome logos, I think of the Mega Drive logo. Already being a graphic designer of course helped me in this. So I didn’t have to study that much to achieve such effects, speaking both of the technical side and the inspiration side. I bought some books over the years (the fantastic Mega Drive book, and just recently a Funk&Soul Album covers book) to keep the inspiration high, but as I was saying it’s a kind of world I lived so I usually know where to go without many guides.

You say that you’re inspired by arcade games, sci-fi / horror movies and album covers from the 80’s. Could you give us some specific examples?

I’ll be very specific then, Arcade Games with this, Sci-Fi/Horror Movies with that and Cover here. 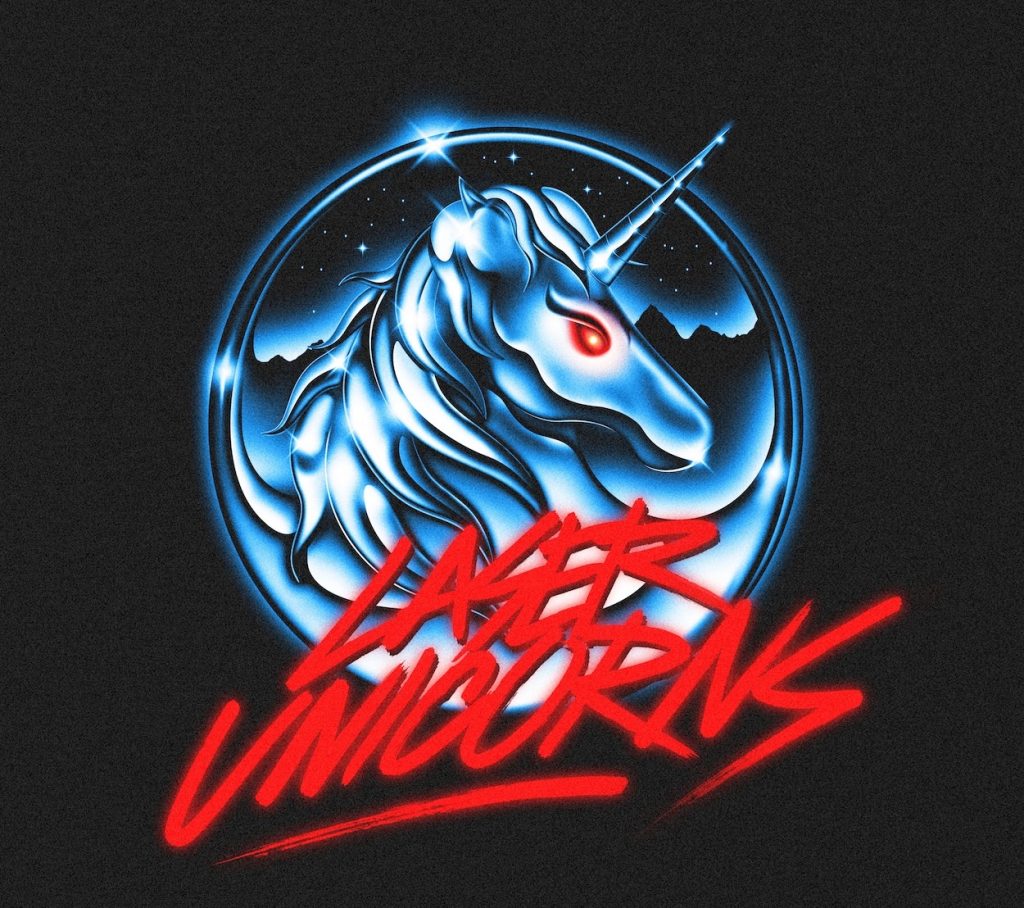 You have worked for prestigious companies like ‘Sony Pictures’, ‘Bq Magazine’ and even for the legendary short film ‘Kung Fury’. How were the meetings with all these different people?

It was extremely surprising for me to discover my work was of some kind of interest not only for bedroom producers but for big agencies and studios too. Usually they contacted me after seeing my work online, so I would say having a portfolio or being active on social media definitely helps. Over the years as a -regular- graphic designer I worked with many of this big clients, for more corporate work, so at the end it wasn’t a big news to work with big names, but it definitely made me chuckle to see such clients relating to “chrome logos” and “neon grids”.

A few words about the fantastic posters of ‘Stranger Things’ made by Kyle Lambert before the release of the second season? What do you think about the logo of this legendary Netflix series?

I love it! Really reminds me of Drew Struzan’s poster artworks.

What are your favorite softwares to create those impressive artworks? How do you use them in general, especially for 3D effects?

I usually use Illustrator and Photoshop mostly. Sometimes I use some 3D elements, but if you’re referring to the “extruded” effect I use especially on typography, that is made by hand on Illustrator, which I use to create all the shapes I lately work on Photoshop to achieve the airbrush effect.

« I usually use Illustrator and Photoshop mostly, sometimes I use some 3D elements »

Do you have an ultimate model as a graphic artist, painter or illustrator, your mentor, your Jedi master?

When I started the Overglow project, I did it because I saw some stunning artwork from the art collective called The Zonders. I think they’re not too active at the moment unfortunately. They made artwork for Anoraak, College, Valerie Collective and many other artist from the proto synth wave era. At the moment I love the work from my colleagues Jarred Hageman (Chrome&Lightning), Blood & Chrome, Signalnoise, Arkuma, Master Control Program, Neon Dream Design and others I am probably forgetting about.

You’re very close to the Synthwave scene and create many artworks for artists like ‘Highway Superstar’, ‘Lazerhawk’, ‘A Space Love Adventure’ or lately ‘Undervatten’. How much money should a musician save to have a cover/logo made by you? How does the creative process go along?

That’s a good question! The price for such work really depends on the kind of work the artist need. Sometimes they need a handwritten logo, sometimes they need a full album cover with print setup for vinyls or cassettes. I would say that usually 500$ is a good starting price. That’s why recently I started to accept only more consistent stuff where more work is involved. Sometimes it’s something the artist doesn’t even know about it, like how to correctly setup a file for a good print. 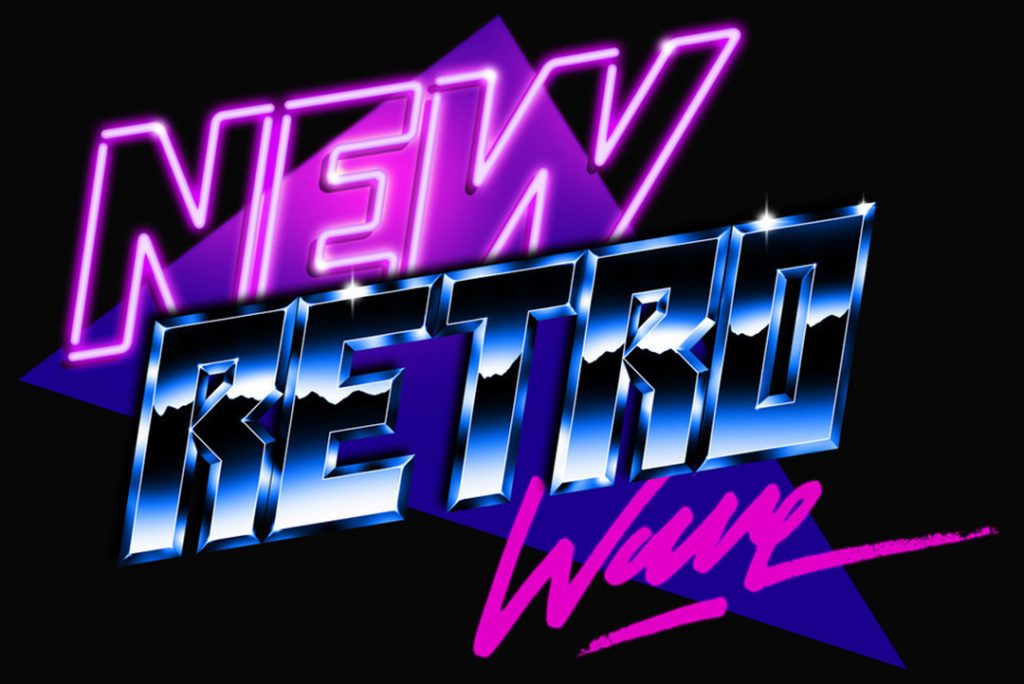 Regarding the Youtube channel named ‘New Retro Wave’, your logo remains a great source of inspiration for many graphic designers growing up in this Synthwave generation. Can you tell us the story of this logo?

Well it’s a fun story. As many early synthwave fans, NRW was one of my primary source for music. At the time they were using their first logo, the magenta/cyan one. So one of my test, where I was still experimenting with this style, was a revamped NRW logo. Unfortunately they released their 2nd logo (made by Youp Whenes) just some days before I completed my test, but I sent it anyway. They really liked it and when they were ready for a new logo, they contacted me.

Being so close to the musical universe, did you try to make electronic music? What’s your favorite musicians (into Synthwave universe)?

Yes I do! I like to keep things secret but « A Space Love Adventure » is my music project actually. ASLA and Overglow started as a single thing, only later to get their own identities. I am very nostalgic about the first synthwave acts I met in 2011: Flashworx, Lazerhawk, The Outrunners, Power Glove, Tesla Boy. Today I really like, besides the ones which are also friends, Beckett, Ponzu Island, Compilerbau and Myrone.

We’ve seen your many tutorials. Have you planned to do any others in a near future?

I’d love to do it. There are many online-learning platforms I’d like to use to make some tutorials but it’s something I should find some time to dedicate to, which at the moment I don’t have.

A few words about your next projects? What are you preparing and when will it be ready?

At the moment I’m focusing on some more modern styles. I keep Overglow for everything that is 80s-only related, but I’m trying to blend what I learnt from the 80s with a modern graphic style to achieve a more unique style. If you’re interested you can follow my other facebook profile here.

« at the moment I’m focusing on some more modern styles » 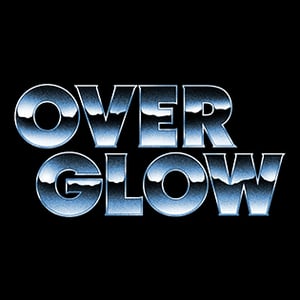 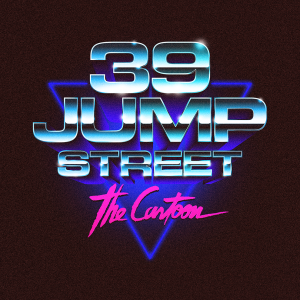 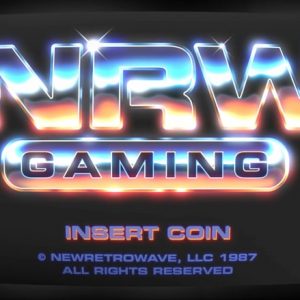 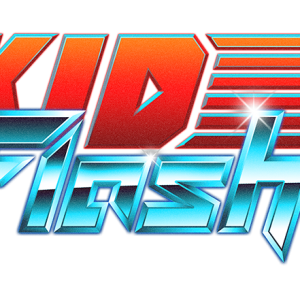 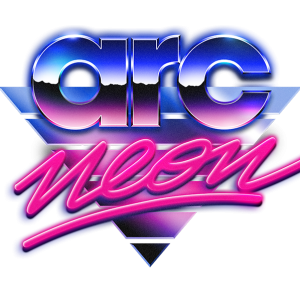 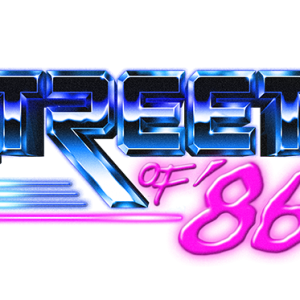 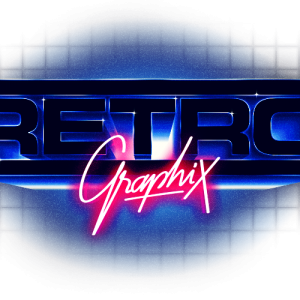 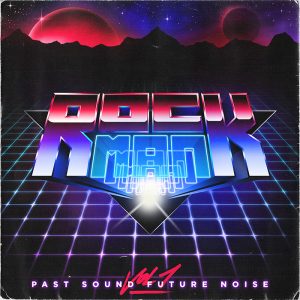 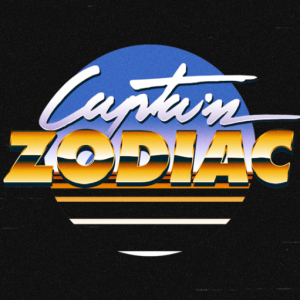 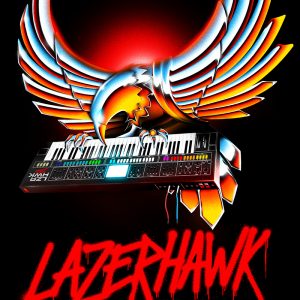 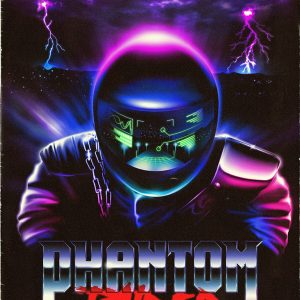 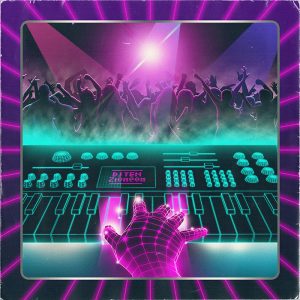 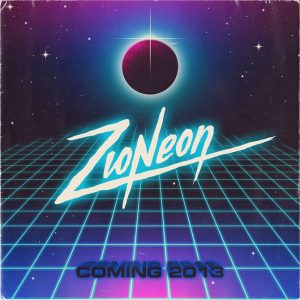 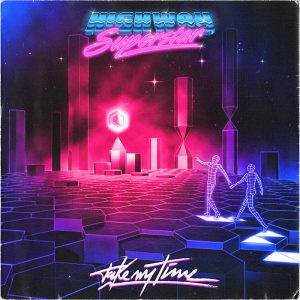 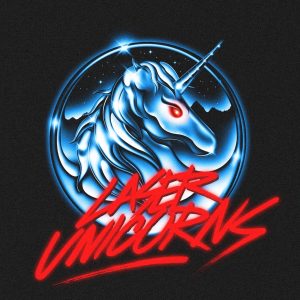 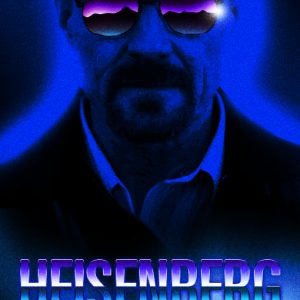 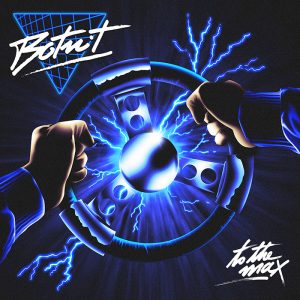 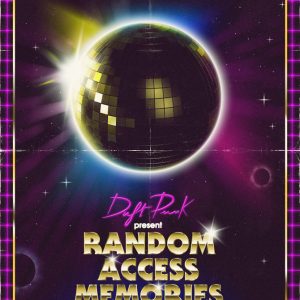 Design Side
Music Side
Back to Design Interviews
Tweet